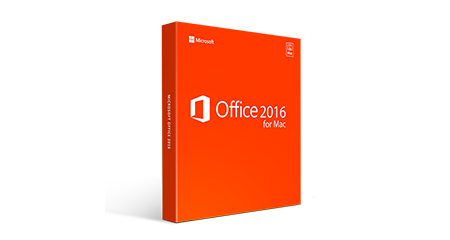 Microsoft has dominated the market in the productivity suite arena for decades, and Mac users can agree that their lineup of products is the most powerful in the business. Businesses, enterprises, students, and even households have relied on Microsoft for years to keep operations running smoothly, completing assignments, or managing a home budget.

This version, which was five years in the making, works seamlessly with OS X, making full use of the Retina display and touchscreen capabilities on Apple devices. The same cloud-based OneDrive and the more traditional SharePoint storage solutions Windows users know and love are also available for Mac users, making a more consistent product across two very different operating systems. This package retains its status as the premier business application software solution. Finally, this is a Mac version of Microsoft Office that looks and feels just as seamless as it does on Windows, allowing a powerful and functional version for OS X users.

Mac users now get access to Office 365 as well. Office 365 is a subscription-based version of Office. Advantages of upgrading to Office 365 include more flexible access on multiple devices, allowing users to use web-based versions or download full versions to any device in which they’ve logged on using their Office account. Another benefit is when Microsoft releases a new edition or update, you’ll get updates automatically and upgrades for free, paid for by your subscription. Of course, if you just need Office for one computer, you can stick with the one time purchase.

What Features Are Available?

Collaboration is perhaps the biggest implementation for Office 2016, and Mac users can enjoy the same cooperative tools that Windows users enjoy. OneDrive is integrated seamlessly into Macs, allowing users to invite others to view and edit, copy links for sharing, or email a document as an attachment, all from the Office applications. With OneDrive, users don’t even need to log into the network if you just want to shoot them a quick read-only. Of course, you can change permission settings depending on the sensitivity of your document. Allow more access to your documents with streamlined Cloud-based storage solutions, helping in backup storage, sharing, and archiving of previous versions. Co-Editing tools are now included with every application, a big upgrade from the Word- and Excel-only options on previous editions. Now users can hop on any document and make suggestions, edits, and corrections in real-time.

The user interface is so seamless and cooperative that Mac users won't even be able to tell that this isn't an Apple product.

Optimized for Retina displays, display qualities are calibrated to run as powerfully and smoothly as possible. The enhanced Ribbon allows more customization options and the option to save buttons on the Quick Access Toolbar, allowing easier access for frequently used functions. Task panels appear when menus are selected as well, splitting your options to flow better with the OS X interface and giving you peak fluidity with production and workflow. More Mac compatibility options are included, such as functions and commands available in the Touch Bar on newer MacBook Pro laptops and keyboard commands that mimic Windows functions.

Office 2016 features the return of AutoCorrect. If you click on a misspelled word with Spell-Checker, you can select it to be automatically resolved with AutoCorrect in the future. You’ll also notice better menu organization, and find things where you would expect them to be, making navigation easier. You’ll also get some other neat features, such as a plagiarism checkers, threaded editing replies, and an emoji keyboard.

Excel gets powerful Pivot Tables upgrades such as slicing and the capability to process more information.

Outlook 2016 for Mac is much improved, with functions such as category syncing, weather forecasting, and reply options to suggest differing times when responding to scheduling requests. Emails also get an updated filtering system for your inbox, no longer hiding relevant information when expanding or minimizing a thread.

This latest iteration of Microsoft Office for Mac is a huge improvement. No longer an awkward transition from Windows to Mac, you’ll get seamless performance specs and a clean, refreshed interface that feels natural on OS X systems. This Standard Open License is designed for businesses needing to purchase Microsoft Windows options for multiple Mac devices.

When you buy Microsoft Office 2016 for Mac Standard Open License from SaveOnIT, you know you're getting the cheapest price, fastest download speed, and best service available.

Devices that will be installing Microsoft Office 2016 For Mac Standard Open License should first be checked to make sure they can meet at a minimum these system requirements: