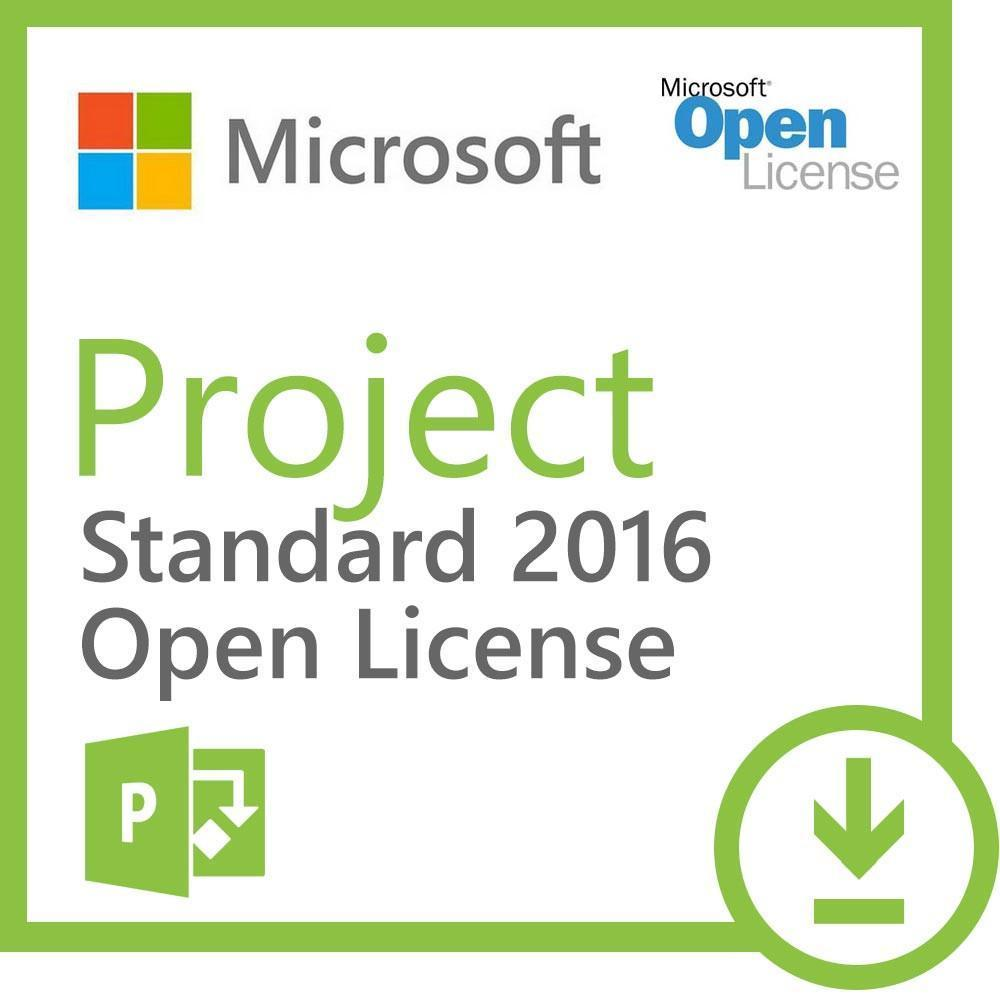 Microsoft Project is a task administration software, created and distributed by the Microsoft company. Its initial release was all the way back in the year 1984, meaning that the software has been through many changes and re-branding since it was first introduced to the public eye. This was Microsoft’s third application that is primarily for Windows, and it didn’t take a long time for Project to skyrocket and claim an important spot when it comes to PC-based project management. Its most known uses include easy project management when constructing plans, distributing and assigning different assets to projects, creating financial plans and managing workloads. Despite being a part of the Microsoft Office family, Project is not sold as an independent software, and at the time of writing does not have a Mac version release either.

We already established that Microsoft Project 2016 Standard is a powerful tool that makes management easier by offering powerful control and monitoring capabilities in all stages of project development and fulfilment. When developing and implementing new features into Project 2016 Standard, Microsoft had a challenge - the public demanded them to retain Project's status as the industry standard project management software. Integration also became an important part of the industry, meaning that already existing Office users were looking for integration capabilities for all systems.

With Microsoft Project 2016 Standard, not even the smallest of details get ignored, as even small information can become vital later on. This user-friendly, helpful and effective tool lets you and your project managers work effectively and accurately by aiding calculations, assigning resources and manage different types of project details with just a couple of clicks.

Resources are referred to as profiles, which are crucially needed in order to perform particular tasks in Project 2016 Standard, and other versions of it as well. Resources can be anything, for example, if your project is about testing something, your resources would be people: test engineers, business analysts, defect managers and more; meaning that the resources required to perform a task are people. Materials can also be resources: if you are building a house, your resources are more likely to consist of materials such as bricks, windows, concrete and other objects.

Allocation is almost self-explanatory, it simply refers to as assigning the resources you are working with to a particular task.

Scheduling is one of the most important parts of Microsoft Project 2016 Standard. There are two types of scheduling that you can use: manual scheduling and automatic scheduling.

What we have next is the Gant chart. It can be found on the right corner of your screen, and they are represented by horizontal, blue lines. They show you the overall duration of your project with the defined limitation or restriction.

Last but not least comes the Critical Path. It is defined as the longest duration in the network diagram.

What is Open License?

Project 2016 Standard is an excellent choice if your company is in need of a project management software, it is designed for small to medium-sized businesses in mind, and the open licensing on this product further reinforces that. This product is an open license, meaning it is for government organizations, charities, health organizations, educational institutions, qualifying 501(c)(3) nonprofit organizations, and multinational organizations, who are looking to outfit all of their PCs through the organization rather than by buying individual licenses. Open licensing is the most cost-effective and lowest up-front cost to install Microsoft Office products throughout your entire organization.

Project 2016 Standard helps you to organize and keep track of all of your projects at once. It can manage project schedules and costs, manage tasks, and manage reports and business intelligence. Some of the additional features in the 2016 version are business intelligence management, a new heat map for spotting over and underutilization of resources, and the availability of use on a variety of devices. Project 2016 Standard helps you work efficiently and productively. Using this software, you can create reports about how things are going for your team and anyone else involved in the project’s progress.

Project Standard 2016 allows you to use several different timelines to visualize different phases or categories of work. With this feature, you can choose the start and end dates separately for each project in order to have a clear overview of all of the projects simultaneously that are going on in your company. Project 2016 Standard truly helps your team to be in better control of resource planning. Project managers and resource managers can collaborate to make sure that resources are being properly used throughout the organization.

Tell me what you want to do?
A really innovative and fresh function in Office 2016 is the Tell Me bar, which appears in most Office suite applications including Project 2016. The "Tell me" bar could very well be the first thing that catches your eye when you open up Project 2016 to look for new features, as it is located on the top part of the application in the menu ribbon. It is a very user-friendly feature, especially if you're not familiar with the ribbon interface or haven't had a chance to learn Project's toolset yet. It's basically a search function that is capable of listing tools, commands and other functions within Project by understanding the words you enter into it. While it doesn't necessarily tell you where a button you're looking for is located, you can perform the button's action right from the "Tell me" box. It also offers related buttons and even more resources such as quick online help.

Add-ins
With Project 2016, it is easier than ever to integrate Microsoft Project Add-ins with your Project. You can easily download and install applications that are partnered with Microsoft quickly, just like you would with templates from the Office store.

New themes
You can easily customise Project 2016 to look the way you want it to. If the default colour-scheme is too much on your eyes or you would simply prefer something else, there are new themes to choose from which are integrated to Project 2016, meaning they do not require any downloading - you can quickly hop in and out of a theme and choose between the colourful theme, a dark theme as well as a white theme.

Multiple Timeline view
Ever since releases as early as Project 2010 and the direct predecessor to Project 2016, Project 2013, the timeline has been a vital part of the workflow of every user. It is capable of making a visual representation of your project plan and the progress of it, all fit on a time axis, which is referred to as the Timeline. This timeline can be customised to your very own liking, you can effortlessly share it via email, instant message or show it as a presentation without having to export the entirety of your plan itself. Within Project 2016, you can separate the timeline bars for important deliverables or summary tasks, and can even add multiple timeline bars added to Project Online by simply editing your project in Project Online via your web browser, clicking on the already existing timeline bar and under the Timeline ribbon action, click add. Easy as that! You can keep adding timeline bars, as many as you just need, and can customise each one of them to differentiate your timeline with colours for easier reading.

Resource Engagements & Resource Views
This feature has been awaited by Project users for a long time, and it finally arrived as a part of Project 2016. This feature is called Resource Engagement requests. It comes to play when a Project Manager adds an Engagement into the project. After this happens, there is a request that is routed to the Resource Manager. Every Resource Manager is able to quickly view all resources available, which means it is easier to determine which request should be approved or rejected. With this feature, it is almost guaranteed that the work of your team will speed up, as it is significantly more simple and quite a bit faster to communicate for Resource and Project managers by sending request than having to reach out and wait around for replies.