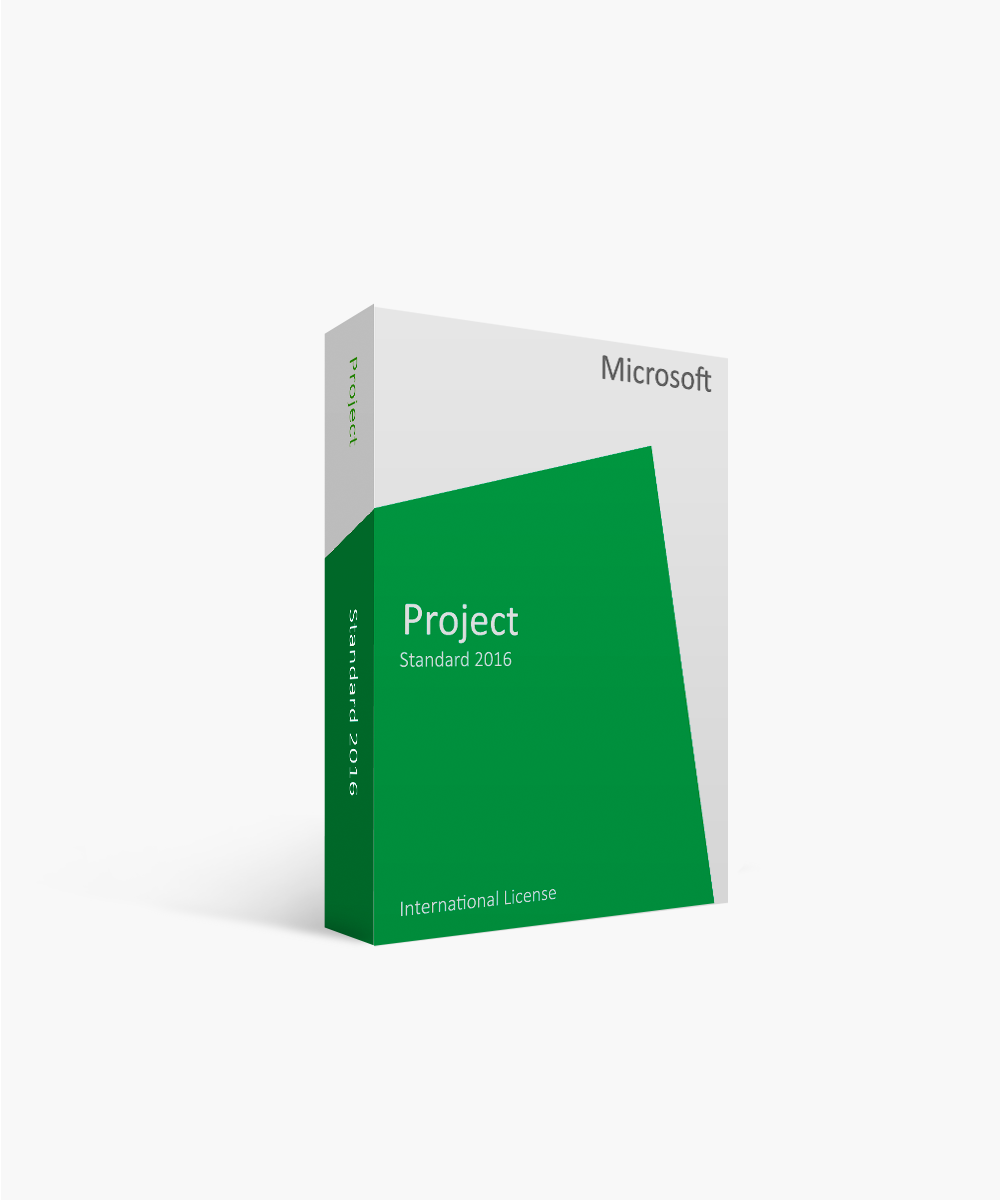 Buy Microsoft Project Standard 2016 from SaveOnIT
These days, it’s more important than ever to make sure projects flow with the maximum amount of efficiency possible. Budgets don’t allow for delays, products are expected right on time, and there’s little room for cost overrun.

The kind of project management required to meet these demands can be high stress, but it’s now possible to achieve those goals more easily with Microsoft Project Standard 2016.

With Microsoft Project Standard 2016, you get all the tools you need to manage time, resources, and workers on a project so that you can move it along at the right pace, with everyone clear on their individual project goals and milestones.

Save money while you also save time by purchasing Microsoft Project Standard 2016 - 1 PC International from SaveOnIT. Our prices are always the lowest around, and our downloads are always the fastest. We also have the most reliable and available customer service team on the web.

The tools required to keep up with the considerable number of moving parts in modern projects are extensive and complex. At the same time, a project management program has to be quick and easy to use.

It’s a difficult demand to meet, making the complex simple and fast, but Microsoft Project Standard 2016 can pull it off, in large part because of the following features.

Better manage projects with multiple Timeline Views: Timeline View has long been a staple of Microsoft Project, but in earlier editions, it had its limitations. Namely, it was only possible to work with one Timeline at a time, which was somewhat limiting. In Microsoft Project Standard 2016, users can now visualize every aspect of a project from start to finish through the use of multiple timeline views. It’s far easier to find out where things have or may slow down with that much visual information in front of you.

New ways to report on progress: A significant part of project management is keeping every stakeholder up-to-date on just where the project is and what is needed from them. Whether it’s manager, shareholders, or teammates, everyone needs project reports. In Microsoft Project Standard 2016, there are now more report templates than ever, including new turndown report templates. These make it faster to assemble and send out that crucial information to all those who need to see it.

More ways to work with data in charts: Along with new report options, Microsoft Project Standard 2016 also includes new charting capabilities, so that users have more access to visual analysis of their project data.

Get your feedback within Project: Project development is a team process, even if there’s only one project manager. You need to be able to hear back on what is working and what isn’t. It’s now easier to get that crucial communication in Microsoft Project Standard 2016 because of the new feedback tool. By clicking on feedback from the File tab, you’ll be able to send and receive all the praise, criticism, and suggestions you need to tweak the project to be more productive.

More navigation improvements from Office 2016: There’s plenty to recommend Microsoft Project Standard 2016 on its own, but it also benefits from the general advances made in Office 2016 programs as a whole. Of most importance is the new Tell Me tool in the Ribbon that makes it possible to type a description into a box and let the program find the right tool or solution. This is a time saver that allows you to remove all that tool hunting you have done in previous editions.

More themes and more add-in potential: A final benefit to Microsoft Project Standard 2016 is the new themes that come with your project development. Set a tone for the whole project with colorful, dark gray, and white options. Now everything has a set feel to it for the entire project. You can also work with a lot of add-ins to bring most customization to the project.